A part of the Six-State Trooper Project partnership, the Ohio State Highway Patrol says that they’ll be concentrating their efforts on I-70, along with the Indiana State Police, and the Pennsylvania State Police.

“Every traffic stop we make is a chance for our troopers to educate motorists on safe driving habits,” said Colonel Richard S. Fambro, Patrol superintendent. “We are committed to reducing unsafe driving behaviors on all of Ohio’s roadways, including the more than 225 miles that make up Interstate 70.”

New CDL rule is tied to use of banned substances

I-15 will be completely closed in Las Vegas this weekend 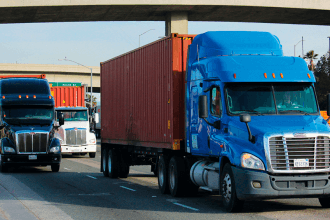